In this article, we will discuss how defense attorneys use various forms of social media to mine for evidence that could be used against you in an automobile accident case.

The job of an attorney extends beyond helping his or her client understand basic black letter law; it also involves protecting clients from weak defense arguments, as well as tangential issues that could overrun a personal injury lawsuit. Essentially, your lawyer is supposed to help you win your case – a duty that requires much more than recitation of the law.

Lawyers must protect their clients more than ever before, and some of the most significant hazards are forms of social media. What a client says online, or does in public, can be used by the defense to devastate a lawsuit, and permanent records of any detrimental information could prove to be the end of your case. Sometimes, all defense attorneys can do is hope that you screw up, giving them a chance to claim that your injuries either came from another source, or simply weren’t as bad as you described them to be. More info [email protected] https://no1-lawyer.com/car-accident-lawyer-el-paso/

We would like to explain to you just how negative social media can be for your personal injury lawsuit. Part of your pursuit of justice requires not giving the defense an out, so by knowing what not to do while online, you will give yourself a major opportunity to win a contested claim and reap the compensation you so rightfully deserve.

An Overview of Social Media

Put broadly, social media includes any and all technological platforms by which people communicate and interact with one-another, usually via online and mobile sources. Despite the fact that advanced technology has been used for communication and interaction since the birth of Morse Code, it was not until the late 1990s that its use became widespread. Nowadays, 21st century interaction involves millions of people connecting all over the world, providing for an intricate web of social relations without people ever setting foot in the same room.

Social media takes on more forms than just the typed word. Nearly anyone reading this article should know about the popular “profile” website Facebook, which is dedicated mostly to text comments; however, other websites are dedicated to other forms of media, like YouTube’s emphasis on video, or Instagram’s focus on pictures. Essentially, if it can be recorded or preserved, then there is a form of social media for it. 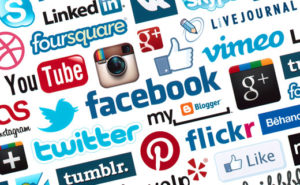 This permanence can be positive for your daily life in most instances, but it can also be very dangerous in a personal injury case. As you may also know, Google is the world’s most popular search engine, and since its debut in the late 1990s, the business has expanded in new, almost unforeseeable ways. One of these unanticipated developments is Google Cache, which essentially records multiple versions of the same pages. This means that if you post something publicly, and then edit it later, both the original comment/picture and its revision will be available for anyone to see. As we will explain in the next section, this can be lethal to your case. Check this website @ https://caraccidentattorneysa.com/car-accident-lawyers-san-antonio/

How the Defense Uses Social Media Against You

Because social media is both common and permanent, what you project on Facebook, Twitter, and any other frequented website can be damning to your personal injury claim’s success. One way the defense can use this against you is to take statements out of context. In general, it is a very poor idea to discuss your imminent or ongoing legal matters on a place of public record, such as Facebook or Twitter. This is because you could say or type one thing, mean something entirely different, and yet still be considered an untrustworthy source of information. For instance, if you were to get rear-ended by an 18-wheeler, and then later go onto Facebook and make a sarcastic wall post, saying that you are “feelin’ fine,” then it is not unlikely that the defense would exploit this. Although this most likely does not apply to your case, some people have even outright contradicted the defendant’s potential liability via social networking websites.

Furthermore, pictures and video can be just as harmful to your personal injury lawsuit as unwise comments. In one case managed by another local law firm, a client was struck by an 18-wheeler and the trucking company’s liability was nearly indisputable. However, the client had a photograph of himself on Facebook scuba diving which happened to be his weeks-long profile picture. Although this photo was eventually taken down, it remained in Google cache, and this picture was used by the defense. Their implication was that this scuba diving occurred after the accident and that he had not really sustained any injuries as a result of the wreck. In actuality, the scuba diving occurred prior to the incident; yet because of this image the trucking company and insurance provider had an “out” to payment, and have kept the case in litigation for several months.

Our Law Office Can Represent You

Yesteryear, personal injury plaintiffs’ worst fears were of claims adjusters and investigators stalking them, attempting to take pictures and make recordings that would be used to tear down their cases. Nowadays, with the power of the internet right at your fingertips, personal injury plaintiffs do the job for investigators, making incredulous remarks and posting media that could almost certainly wreck their cases. At our law office, we are ready to advise you in all matters regarding social media, as well as becoming your sole mouthpiece in all case-related issues.

With the rise of new media, claimants of damages have more pitfalls than ever before, but with us by your side, you can hopefully avoid these obstacles. If you or a loved one were the victim of a recent personal injury accident, and you would like to learn more about the options ahead of you, call us. Calling us is free of charge and our line is open 24 hours a day, so feel confident in making the call. More information here @ https://www.attorneys-sa.com/car-accident-lawyer-in-san-antonio/

END_OF_DOCUMENT_TOKEN_TO_BE_REPLACED

There is seldom just one cause for a motorcycle accident. However, loss of control accounted for about 25 percent of Texas motorcycle crashes and 28 percent of motorcycle crash fatalities in one year, according to the Texas Department of Community Health. It is vital for anyone driving motorcycles to understand the special risks, ensuring each ride is a safe and enjoyable experience.

Lack of visibility. Even though most motorcycle crashes occur during daylight hours, motorcycles are difficult to see, particularly in heavy traffic conditions. In fact, this lack of visibility is the leading cause of motorcycle accidents. You can reduce the risk by practicing defensive driving. Make sure you can be seen by riding in the center of the lane, wearing bright clothing, and staying out of the blind spots of other drivers.
Impaired driving. Another leading cause of motorcycle accidents involves the use of alcohol or drugs. You are virtually unprotected when driving a motorcycle, so it is best to remain alert by avoiding any use of intoxicants.

Aggressive driving and speeding. Naturally, the faster you drive, the less time you have to react to hazards. It is also important to understand that speed affects motorcycle alignment and causes the front end to wobble. This can cause you to lose control, potentially hitting other vehicles or even stationary objects.
Poor road surfaces. Motorcyclists need to remain aware of everything happening on the road—and of the road itself. It is easy to lose control during encounters with uneven surfaces, railroad tracks, potholes, or even seemingly minor trash on the road. Avoid these hazards if possible, and slow down before attempting to navigate them.
Your safety is our primary concern
By all means, enjoy your motorcycle time as the weather continues to improve, but be aware of what causes accidents and how to avoid the hazards. Many Texas motorcycle accidents can be avoided if you keep your motorcycle well-maintained, follow the state-recommended safety procedures, and remain vigilant.

END_OF_DOCUMENT_TOKEN_TO_BE_REPLACED

Accident types are classified according to the kind of impact. Each accident type places vehicle occupants at risk of injury and, depending on the vehicles involved, some accidents carry a high risk of fatality.

After any accident of whatever type, there will be major expenses for anyone who is injured. Emergency care may include costly surgery. A hospital stay may extend for weeks, with the bills mounting up. Recovery from fractures and other mobility-impairing injuries often includes lengthy aftercare, perhaps with a stay in a rehabilitation facility. More information @ http://no1-lawyer.com

While an injured person is going through all the necessary medical procedures, it may be impossible to work. Even if health insurance coverage can help with hospital bills, the loss of income can be financially devastating.

Help is available. It may be possible to collect financial damages from a negligent driver by filing a lawsuit.

Government agencies investigate accidents all over the United States. The Federal Highway Administration, a unit of the United States Department of Transportation, operates an Office of Safety, focusing on accident prevention.

The FHWA Office of Safety has developed a systemic approach program, identifying risk factors and crash types, and offering a workable approach that states can use to reduce the incidence of accidents.

Identify the crash types the program will focus on and the risks that increase the likelihood of these crashes
Determine the areas of highways to work on, where these crashes tend to happen
Decide on road improvements that will be most helpful
Form a plan to prioritize specific improvements
State transportation departments can take advantage of FHWA resources to help them achieve successful accident reduction.

This website is for the sole purpose of offering you information related to legal formalities. We do not create a client-lawyer relation through this website.